If you’re a comic creator, you’re probably curious as to where you should get started. You
probably have questions like: How do I get people to read my book(s)? Where can I get
constructive feedback on my book(s)? And, most importantly, where do I go to post my book(s)?

There are two main websites for comic-structured content, these being Webtoon and Tapas. So,
to add to your list of questions, which website should comic creators trust with their books?
Now a widely popular platform, Webtoon first launched in 2004, but didn’t claim any
national attention until its mobile application launched worldwide in 2014.

Junkoo integrated a vertical scrolling feature that allowed readers to easily scroll through a single chapter, eliminating the need to limit or compress images and dialogue. The method also gave creators a new method of storytelling- as they were no longer limited to a certain page size or length, allowing them to structure and display each chapter in their own
unique style and thus force the audience to read the story in the rhythm and tone that the artist intended. Additional features such as timed music and sound effects made Webtoon comics immersive and evocative in a way that readers had never before experienced. Webtoon’s success
in providing this new media and showcasing new, non-traditional creators quickly pushed the
app public eye.

In 2016, Webtoon reached a site traffic of over 6 million daily readers. As of
2022, that number has grown, the site averaging more than 72 million daily readers, and, overall,
the platform has accumulated more than 100 billion views site-wide since its 2014 global launch.
Because of the heavy site traffic, Webtoon can be enticing to new creators as they see established
creators regularly receiving millions of views.

This, though, comes with its own issue, as the site could accurately be described as
oversaturated with content. This can make it difficult for new names to garner much attention.
Webtoon does offer a Webtoon Academy, which advertises itself as a tool meant to assist new
creators in their efforts to create a comic. Webtoon Academy also offers advice on how to write a
comic description, how to make a thumbnail, and how to attract an audience on the site.
However, all of this doesn’t change the issue of content oversaturation. Although Webtoon does
what it can in order to give new voices in the industry a platform, there are over one million
comics currently published on the site. As with any media site that reaches that amount of
published content, there is no way for Webtoon to guarantee that an unfamiliar book won’t get
trampled under the hundreds of comics published under familiar names.

As for inclusivity on the platform, Webtoon offers a wide range of diverse and inclusive
content across the platform. The app’s romace category hosts hundreds of LBTQ+ love stories,
and more than 42% of the platform’s creators are made up of woman. However, Webtoon has met
with some controversy throughout the years for having a confusing and unfair censorship policy.
Although Webtoon does not have its own content restriction guidelines, creators on Webtoon are
expected to abide by Google AdSense guidelines along with those of the App Store. These
guidelines have proven to be quite strict, as many creators have reported having their work
flagged or taken down over minor infractions.

While some creators have had their book flagged or removed for offenses such as partial nudity or usage of certain cuss words, site-visitors have
noted that content violating these same guidelines hasn’t been flagged or taken down. Many small creators have expressed concern over this, and worry that their first publication will be held to a higher standard than that of an established Webtoon author.

Formerly known as Tapastic and originally named Comic Panda, Tapas first launch in
2014. A San Francisco based entrepreneur, Chang Kim, had been inspired by Webtoon’s mission
statement and sought to improve on it.

Tapas’s main focus is original indie content, and the site
advertises an inclusive and welcoming platform. Diversity among their published genres is immediately apparent when visiting the site, the home page displaying numerous Spanish and LGBTQ+ titles. Tapas has published around sixty-thousand original comics, and experiences
monthly traffic of around two-million readers. Tapas’s traffic is significantly less than that of Webtoon, which, for a new creator, could potentially mean that less readers see your work.
However, less traffic has also caused a lower media saturation, meaning your comic has an opportunity to stand out. Tapas has expanded upon the comic experience by building a rapport between creators and readers, doing so by encouraging each respective group to communicate
through online forums. This has allowed creators to receive constructive criticism and feedback
on their latest work, and has opened a window for readers to become more engaged with the
process of content creation.

Lower site traffic may mean less competition, but it also means fewer readers. The goal
of a new artist is to accumulate a fan base and sharpen their creative skills, and a much smaller
proverbial net is going to catch significantly less proverbial fish. In addition, many creators
report that a majority of Tapas traffic consists of other creators and not readers.

This could mean less views and feedback on your book, thus limiting growth opportunities in both your creative skill and your potential career.

Tapas has much more lenient policies when it comes to restricted content than its
competitor, however these lax policies come with a price (literally). While most of the content
that Webtoon offers is free, Tapas most popular content is locked behind a paywall. Although
Webtoon does offer its own in-site currency to unlock episodes, locked episodes never exceed
three at a time and one new episode becomes free every week. Webtoon can afford this method
because they are monetized through Google AdSense, Tapas, on the other hand, is not. Being
independent from AdSense guidelines is a selling point for Tapas, as the content is significantly
less restricted and thus more attractive for a mature audience; however, being independent from
AdSense guidelines also means that Tapas must also generate revenue independently.

Tapas
offers visitors multiple options to gain in-site currency, readers are encouraged to take surveys,
watch ads, or, of course, pay money to earn currency. This has proven to be a site-traffic
deterrent, as many readers prefer to enjoy their favorite books without the worry of running out
of money and having to cut their reading short. Tapas is set to make it’s inaugural apperance at the “Super Bowl” of comic conventions, San Diego Comic Con in July of 2022!

All this having been said, both platforms are still relatively new. With declines in movie
tickets, theme park sales, and an increase in demand for remote jobs, these companies are
realizing the importance of content that is accessible from anywhere and at any time. People
would much rather skip out on driving to a store and buying a physical copy of a book –
especially if it’s an unfamiliar title or author. Webtoon and Tapas have found success by using
their platform to invest in unfamiliar creators, and have given those creators an opportunity to
find success in the digital age. However, each site is not without its flaws, and a new creator
should know about these flaws in order to choose which platform is best fit for them.
If you are a new creator looking for constructive feedback and industry support, Webtoon
wouldn’t offer you much of either. Webtoon offers a comment section under each episode, and
that’s all of the interaction possible between the creator and audience through the site. Tapas
offers a comment section as well, but they also offer online forums where you could discuss your
latest work with both readers and other creators; giving you a chance to both sharpen your skills
and make friends in the industry.

However, if you have an established fanbase through another platform, or you’re
confident your work is eye-catching, or you just want as many people to see your book as
possible – then Webtoon would be your best choice. Webtoon has an insanely high number of
readers across the platform, and it’s more than likely that some people are going to read your
comic. The most important thing to attract attention on Webtoon is to publish new episodes
consistently, and to listen to your audience as much as possible.

Wherever you are in your comic-creating process, remember that every comic book
creator started from square one at some point. There are tons of articles, forums, speeches,
interviews, etc… done by established comic creators with the purpose of helping and advising
new creators into the comic industry. Whichever platform you choose to publish your comic, it’s
up to you to decide to listen to criticism and take advice; both platforms offer numerous tools
and resources designed to help your work get noticed – and it’s up to you to decide if and how to
use those tools. Best of luck on your comic-creation endeavors! 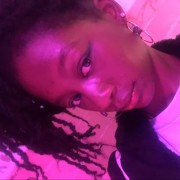 Takia or Taco as she's affectionately called by Indie Volt staff is a lover of poetry and pop culture. This Hinesville, Georgia born vegan is an aspiring musician who enjoys writing and learning about new indie music and the experiences of indie creators.